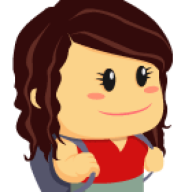 1
by skysenshi in Game Development

DESCRIPTION (from the Official FB Page): Puzzle Pets Adventure is a strategic puzzle game to use pets to go for battle to challenge other players all over the world. Play and battle with friends now!

As I was working END_OF_DOCUMENT_TOKEN_TO_BE_REPLACED

0
by skysenshi in Blog

This is probably going to be the nth time that my portfolio has moved domains, from Coolay.com to Skysenshi.com to Sarimanok.ph. Now it’s back again at Skysenshi, except I gave it a subdomain of its own. Funny that I should be relocating it again when I haven’t even updated it with the last two games I produced.

You might be wondering what happened and what’s going to happen to Sarimanok. Things were crazy for me at the height of producing 5 games while also finishing my doctoral dissertation END_OF_DOCUMENT_TOKEN_TO_BE_REPLACED

After the dead start to rise, Funeraria Loca sees their funeral parlor business go down the tubes! Find a new way to put them to rest in Grave Mania: Undead Fever, END_OF_DOCUMENT_TOKEN_TO_BE_REPLACED

I don’t know if many people are aware of this, but I have a day job. I work as a Producer for Anino Games, Inc. during regular office hours and Jan-Jan The Jeepney happens to be one of the games the company has co-developed with the Cultural Center of the Philippines and the now defunct Commission on Information and Communications Technology. I am blogging about it here at Sarimanok.PH because it is an END_OF_DOCUMENT_TOKEN_TO_BE_REPLACED

ASIA PACIFIC COLLEGE – This is a continuation of the previous post about April 2’s MAPROD: Game Design and Development defense. Last time we featured Albanya, the second group that presented. This time, we’re featuring Roots, a Western role-playing game set in a steampunk world. This was created by S-21 Labs, the first group that presented during the defense.

Like SKript Interactive (team behind Albanya), the group responsible for Roots were also my DGMEDIA85 thesis proposal advisees. And like END_OF_DOCUMENT_TOKEN_TO_BE_REPLACED